There were screams earlier today in the Mm offices, as a giant (presumed enemy) spider scuttled its way across the entrance hall.
It was really big. At first, Martin claimed it was 6 inches long (which it wasn’t), but it was still pretty big, like.

Anyway, we took some photos of it as it ran for its life underneath a sofa prepared to turn us all in to Human Slaves in an Insect Nation (the spiders are not insects, but in a war they will side with the insects). Ahem.

Sackboy even came and said ‘hello!’. He didn’t seem too phased by its hairy legs and the cluster of eyes on its forehead. It’s probably that big wooly hat keeping his head a bit too warm. 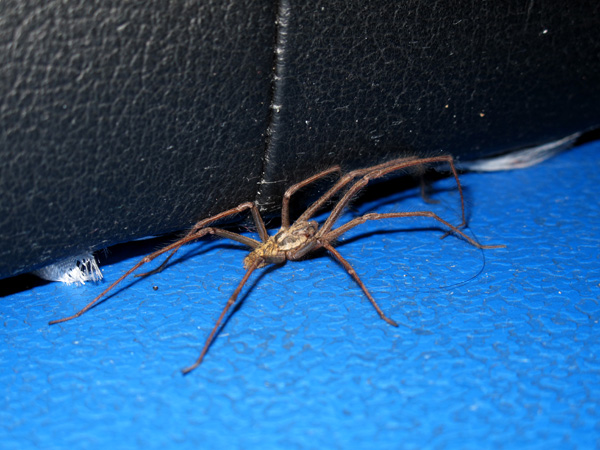 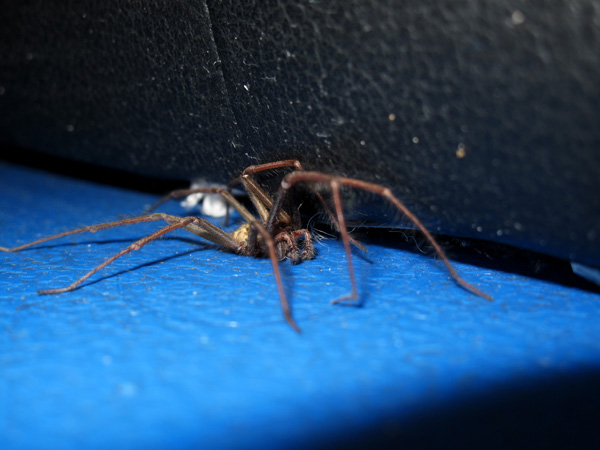 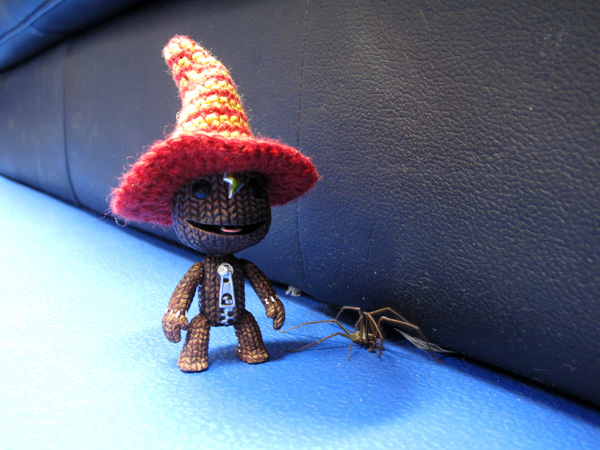