Out today is a nifty set of fan made levels created by some of the Curators at LittleBigPlanet Central: The Logic Pack, a set of levels containing logic gates and tools aimed at bridging the gap between Creators who understand logic and those who don’t. Such as me for example. 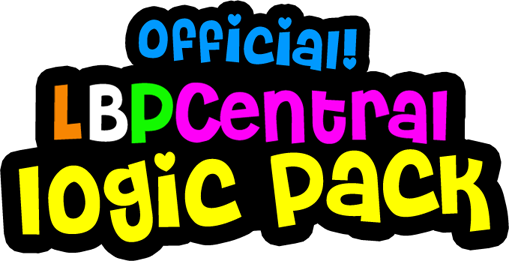 I asked ConfusedCartman, one of the minds behind this excellent teaching tool, what this was all about…

“Our goal with this pack is to demonstrate what’s possible with logic, through interactive demonstrations and the actual levels themselves, so that Creators of all skill sets can learn how to utilize logic in their own levels”

“At LBPCentral at least, we’ve witnessed a divide in the quality of levels which seems to be based on the use of logic. Creators who understand it, and use it well, generally have higher-quality levels than those who don’t, and currently there’s no easy way to learn about logic and get started with it on your own.”

“If you don’t have a friend who’s good with logic and is willing to teach you how it works, you’re pretty much stuck. But now, there’s an option for those Creators, a way for them to discover how useful logic in LittleBigPlanet actually is.”

In the LBPC Logic pack you’ll take a trip to LogicTech, and it is here that you’ll learn easy, intermediate and advanced logic techniques, and gain access to a vault of pre-made logic switches. It might sound a tad complicated, but the team have put in a lot of work to make sure even the most complicated ideas are accessible to all. It’s definitely worth checking out.

To find and play the LBPC Logic Pack, Search for “LBPC Logic”  alternatively, find the author @LogicPack via the search.

If you head over to LBPCentral, you will also find some accompanying guides to more advanced techniques, featuring hundreds of screengrabs and levels to copy to your Moon to play with and pick apart!

The Logic Pack was made over five long months by mrsupercomputer, comphermc,
CuzFeeshe, rtm223, and ConfusedCartman, all of whom shall now be crowned for their impressive and helpful work! Good work guys!