Since the beginning of time, there has been one costume set that ruled the minds of fans; Nariko from Heavenly Sword. Distributed as a free costume through pre-orders and promotions, the costume took on a near legendary status, as forums filled with the cries of wide eyed fans desperately trying to get their hands on the costume code. “Naroiko codes plz!” “WTB Nareeko” “where to get Narukio?”

Well now the day is finally here, when the costume is available not only to the lucky code people, but to everyone, EVERYONE! Today (by 5pm-ish), live on the store, the Heavenly Sword pack, including costumes for Nariko, Kai, and a set of stickers, all priced up at £2.39. 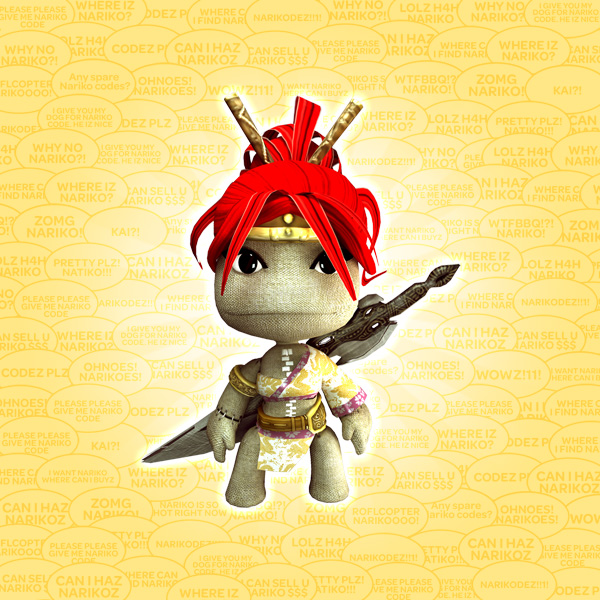 Check out the high resolution renders of the costumes in the pack, and a montage of the available stickers, on our flickr feed.

If I were you, I’d dally on over to the store tonight, either in-game or on the PlayStation Network, and grab this FREE creator pack. Using this new set of tools and devices, you’ll be able to add new features into your levels such as… If your level used the old ‘glitch’ way of making something invisible, then it will be automatically converted over to this new method, which looks a lot nicer.