This Thursday on the store there will be a set of costumes, stickers and sound effects, made in homage to Team ICO’s classic and widely loved Playstation games Ico, and Shadow of the Colossus. Today we take a look at one half of that combination, and two of the costumes – Ico and Yorda. 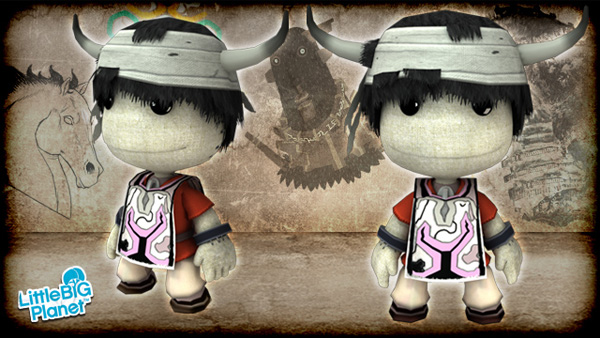 Directed by Fumito Ueda, also the director of the game’s spiritual successor, Shadow of the Colossus, Ico was designed to be a minimalist game based around a ‘boy meets girl’ concept.
The story focuses on a young boy named Ico, who is born with Horns – a bad omen to the people of his village. Ico’s horns lead him to become locked away in an abandoned fortress, and it is here, whilst exploring, that he meets Yorda – the daughter of the castle’s queen. Together they try to flee the castle, with Ico protecting Yorda from the shadow-like creatures that attempt to capture her, and helping her across various obstacles which she cannot traverse alone.

Ico and Yorda hold hands during their adventure, and communicate without words, as they do not speak the same language. 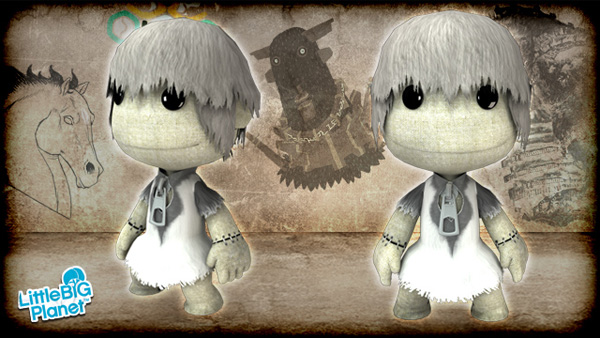 Come back tomorrow for a closer look at the other costumes from this pack, a set based on Ico’s sequel of sorts, Shadow of the Colossus.