Last week we celebrated the Summer Solstice with the release of the Druid costume available for free, which we’re pleased to see many of you enjoyed.

To continue the celebrations, we’re marking this years Independence Day by releasing a Sacktue of Liberty costume, available once more for free!
Featuring the iconic crown and robe from the Statue of Liberty, the costume also includes the famous torch of enlightenment, complete with glowing flames of fabric. 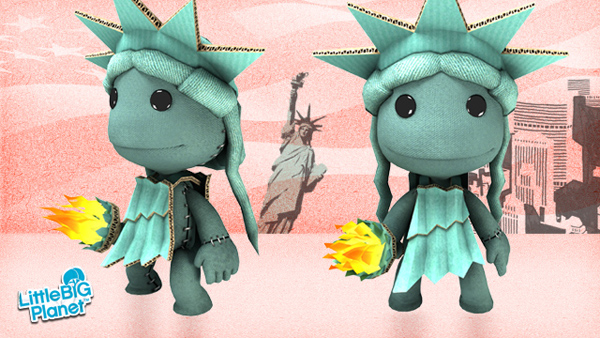 Head over to the PSN Store this July 2nd to grab this limited-time costume in time for the big day.
And don’t forget that the Druid costume is still available this week, but for a limited time only, so make sure you download your Druid before Thursday; if only to secure yourself that awesome beard for your Sackboy.